Wikipave™ is the American Concrete Pavement Association's encyclopedic reference resource, which places information about and related to concrete pavement at the fingertips of anyone, anywhere in the world.

Wikipave draws its name from the words "wiki"[1], suggesting a quick reference, and "pave," representing concrete pavements and paving.

As is true of other wikis, Wikipave is a collaborative application, which will allow ACPA staff, members, technology partners, and affiliated Chapter/State personnel to add, modify, or delete technical content, encyclopedic listings, definitions, photos and illustrations, and other content. ACPA emphasizes that this free-resource is available worldwide without limitation, but adds that content development and editing rights will be limited to ACPA and its members and affiliates.

“Wikipave is a significant change for the association and industry in terms of how we deliver information," he said, adding, “We are cutting a new path, embracing a technology that most member-based associations consider competition to the value-proposition of their members. We are not sure any other association has done this, but we are making this commitment because of the great potential and value the application offers.”

At the time the announcement was made, Wikipave featured approximately 200 pages of information. 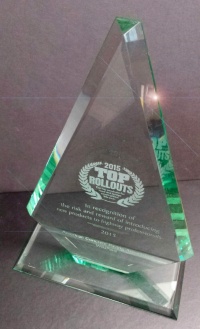 In late 2015, ACPA's Wikipave™ was recognized with a "Top Rollouts" award from EQUIPMENT WORLD magazine[2]. The editors of the magazine recognized Wikipave and ACPA for "the risk and reward of introducing new products to highway professionals." ACPA was one of 17 companies whose road and bridge-related product or service offerings were recognized in 2015. The publisher notes the awards are presented based on several factors, including the product or service's "ability to fill a market need" as well as for "technological advances; innovations; and general industry significance."

On February 2, 2016, ACPA announced that more than 1,200 web pages of content were added to Wikipave in the first year of its existence.

The evolution of Wikipave actually began more than a decade before its formal launch as ACPA transitioned from predominantly printed resources to a growing collection of digital publications. At the same time, the Association began migrating more information to its primary website and microsites. This wholesale change to Wikipave, is a natural progression one that still took a concerted effort to coalesce, update, and begin the process of reformat the material and developing new content for Wikipave.

Content for Wikipave was originally drawn from association and industry resources produced by the Association and its technology partners, allies, and affiliates. The collaborative, web-based application reflects the vast body of technical information developed by ACPA over more than five decades, as well as a wealth of technical and general information attributed to other sources.

Wikipave is a trademark of the American Concrete Pavement Association.