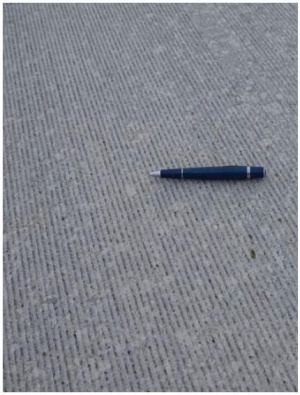 Roller-compacted concrete (RCC) pavements have a variety of applications ranging from a base material to an unsurfaced diamond ground highway pavement to airports and industrial facilities. RCC has been applied for pavements in all climates and has shown superior performance under heavy wheel loads and difficult operating conditions. While RCC has been used for decades in intermodal terminals and other industrial facilities, it has recently seen an increase in use for conventional highway and street applications due to its cost-effectiveness and early-opening to traffic. The American Concrete Pavement Association has put together a website for locating previous RCC projects by state, pavement type (i.e. application), year constructed, thickness etc. National RCC Explorer allows a user to view details related to mixture design, application, and construction processes of RCC projects throughout the U.S.

Ports and heavy industrial facilities require pavements that can handle equipment that can have wheel loads in excess of 60 kips (27.2 ton). Due to the significant wheel loads and the large open areas with few obstructions, RCC pavements are ideal for these applications.

Traffic in these facilities is typically 30 mph (48.3 km/hr) or less in the entrance roads and designated truck lanes. This typically means edge loading is an important design consideration but thickened edges or wider sections can be considered so as not to over-design the entire pavement. The U.S. Army Corps of Engineers (USACE) method and the RCC-PAVE program can be used to design these pavements. If the design calls for a pavement greater than 10 in. (25.4 cm), two paving lifts are required.

Light industrial areas, such as warehouse facilities and auto manfacturing facilities, provide large uninterrupted areas that are ideal for RCC pavements. These facilities typically have a high volume of semi trucks in the loading, unloading, and parking areas and see speeds generally less than 30 mph (48.3 km/hr). The loads seen by these pavements are significantly less than those of the heavy industrial areas and thus multiple paving lifts are typically not required. Similar to the heavy industrial application, the channelized traffic areas such as entrance roads and designated truck lanes call for edge loading to be used in the design analysis and thickened edges or wider sections can be used to avoid over-designing the entire RCC pavement.

RCC pavements are used in airports to support heavy loads such as heavy snow plowing equipment and truck traffic. RCC has the additional benefit of not deteriorating due to the melting snow and is thus ideal for snow storage areas during winter storms. It is also used for maintenance areas and parking lots within airports. These low speed applications typically do not require surface treatments or sawed joints unless they are desired for aesthetics. RCC can also be used as the bottom lift in a composite pavement runway, taxiway or apron. These applications require an asphalt surface or a concrete overlay to provide necessary smoothness and eliminate any loose surface aggregate that could be dislodged.

RCC pavements can be used effectively on arterial streets due to their rapid construction. Fast construction can reduce the closure time required to place multiple lifts of asphalt. RCC can thus lower project and user costs. However, arterial streets are higher speed applications which typically require a surface treatment such as diamond grinding or a thin asphalt surface course. These options typically require the RCC to have sawed joints. Care should be taken that the joints are not placed in the wheel path. Typically joint spacings are between 15 and 20 ft for pavements 8 in or thinner. Another possibility, if the pavement thickness is greater than 10 in. (25.4 cm), is to place an unbonded conventional concrete overlay.

RCC pavements can be beneficial for local streets due to their quick construction and cheaper costs. In some cases the pavement can be opened to traffic within 24 hours after construction. Typically the traffic is limited to passenger vehicles, buses, and delivery trucks. They also provide a strong platform for construction equipment for developing areas. If speeds exceed 30 mph, diamond grinding or a thin asphalt surface can be applied. A smaller aggregate size can also be utilized to help tighten the surface (i.e. provide a smooth, dense surface). Sawed joints may be desired for aesthetics or crack initiation locations.

Widening roadways is a common way to meet new lane criteria as well as edge drop-off criteria. In areas where the soil and road foundations are in poor condition, the strength of RCC and its quick construction can provide a logical solution that provides a stable foundation. For these reasons, it is also a viable option for replacing distressed shoulders. For widening applications it can be surfaced with asphalt or concrete to support highway traffic and rumble strips can be ground into the surface. Typically neither of these applications require sawed joints.

The thickness for these applications is typically designed using standards for shoulders and subbase or base design for mainline widening. Deisgn tables can be found in ACI 325.12R-02 or StreetPave or WinPAS programs can also be utilized.

Due to its surface roughness, RCC is typically not used unsurfaced in high-speed applications. Due to its structural capacity and ease of construction, it is an ideal base material that can be surfaced with a thin asphalt wearing course or even a concrete pavement. The thickness of the surface paving layer can be reduced due to the extra structural capacity provided by the RCC pavement. However, when RCC is used as a base under concrete, an interlayer (such as a geosynthetic) is required to prevent reflective cracking. The thickness of these multi-layer systems can be designed using AASHTO's Mechanistic-Empirical Pavement Design Guide (M-E PDG), the AASHTO Guide for Design of Pavement Structures, or the StreetPave or WinPAS programs.